Paige Kelly is used to weird–in fact, she probably corners the market on weird, considering that her best friend, Dottie, has been dead since the 1950s. But when a fire demon attacks Paige in detention, she has to admit that things have gotten out of her league. Luckily, the cute new boy in school, Logan Bradley, is a practiced demon slayer-and he isn’t fazed by Paige’s propensity to chat with the dead. Suddenly, Paige is smack in the middle of a centuries-old battle between warlocks and demons, learning to fight with a magic sword so that she can defend herself. And if she makes one wrong move, she’ll be pulled into the Dark World, an alternate version of our world that’s overrun by demons-and she might never make it home. (Goodreads)

Rating: Don’t even hesitate to buy this book.

If I was to ever meet Cara Lynn Shultz, there would be two words I’d have to tell her:

It’s true. Cara Lynn Shultz is seriously an amazing author. I’ve loved the Spellbound series ever since my sophomore year of high school. I’m also still holding a little hope for a third book. I know what you’re thinking. “Lauren, you need to get over it.” I won’t. I’m stubborn that way. For two years people, (Two. Freaking. Years.) I thought she wouldn’t be making anymore books and all I did was this:

I didn’t know what to do. I needed more. Then I read about The Dark World and I felt like a kid on Christmas Day.

Guys, this book is amazing. I was hooked from the start and didn’t put it down until 2 AM. And that was because I finished it. Books have become this hunting game recently. Either you pick up a gem. That diamond in the rough and you hold that book close and love it. Or you pick up serious garbage (see pervious post) and want to destroy it. Maybe even erase it from your memory.The Dark World was that beautiful diamond. That mind eraser to forget bad books.

What was great about TDW would be Paige’s voice. The one thing that I love about Cara Lynn Shultz is that she’s amazing at capturing the voice of a teenager. There would be these small things that Paige would say and I would think, “Yes, very teenagery.” If there’s such a word. A quote that sticks out would be right from the beginning:

I’d started picking at the chipping paint in September… with the intention of peeling it away and returning it to its original cheery color. Instead, I’d just made a mess.

Story of my life.

I’m pretty sure almost every teenager has thought something along those lines. Basically any mess as a teen, whether something as simple as a messy folder to something big like dropping food, somehow correlates to your life being a disaster. Of course Paige’s problems are much different from mine or yours. Speaking to ghosts being one of them.  Paige is also a badass character. When faced with the challenge of, you know, demons, she didn’t just back down. Yes, she freaked. I’m pretty sure anyone in her shoes would, but Paige wanted to learn to defend herself. She didn’t want to just rely on Logan and let him do all the work.

No- I mean, teach me. Teach me how to defend myself against them. Please.

She wanted to do something for herself. To make herself strong and not defenseless when she faced these demons. That’s something you see more and more in YA books today and it’s great. It teaches teens that you don’t need to be defenseless.

Of course there’s also the lovely Logan. The Logan that makes me forget about every other fictional guy out there. Logan cares for Paige. He would do anything for her. When she asked for someone to teach her how to defend herself, Logan didn’t sit in the corner brooding or fight against Paige, he looked right at her and basically said, “How about Saturday?” He saw the strength in her and didn’t ignore it. Logan helped Paige embrace who she is, and she even did the same to me. I mean, he also happened to say the perfect quote to describe every New Yorker.

Have you ever met a New Yorker who doesn’t think the world begins and ends with this city?

This really is true. We can’t help it. The amount of times someone will be talking about America and I’d have to remind myself that there are other states besides mine.

TDW is a definite step away from Spellbound. Cara Lynn Shultz grew as an author. There’s a lot more darkness to this series, the demons definitely added to it. Spellbound wasn’t dark. It had elements to it that made it creepy sometimes, but it was nothing like TDW. And I love that there is such a distinction between the two works. It’s the world building in TDW that amazes me. I loved the idea of another world, this parallel word really, called the Dark World. A creepy universe filled with monsters and mayhem. It’s brilliant.

Apart from characters and the world, TDW has a good amount of holy-crap-did-that-just-happen moments. Things that even I didn’t see coming. I don’t want to spoil more about this book with its very dark and twisted world, so you’ll have to read it to find out more.

Now it’s just a waiting game for the sequel. And I’ll be waiting rather impatiently I might add. Because, as I stated before, THAT ENDING. I need more.

I want to wrap up this post with my favorite quote from this book (I know I included a lot), but this one stands out:

They don’t know you. their small opinions don’t define you. Being different doesn’t make worthy of scorn.

**GIVEAWAY** 30 Day Book Challenge was started by The Chronicles of Radiya. Every day I answer something about a book (it usually ends up about two books). I thought it would be an awesome way for everyone to get to know me. I’m also giving away a copy!

Day 9: A Book You Thought You Wouldn’t Like But Ended Up Loving

I never actually wanted to read Spellbound. I always thought it would be a book about some girl who just keeps complaining because the boy she “loves” is ignoring her. I was so completely and undeniably wrong. Spellbound is about Emma, a girl who has faced a lot of tragedy in her life. Now she’s just looking for a way to start fresh. There are so many things I thought Emma would be: a girl who was obsessed at first sight, someone who never defended herself, and depended on the boy to be her hero. Emma did none of this. She was intrigued with Brendan, she defended herself within the first 30 pages or so, and she knew she was her own hero. Instead of falling into some weird black hole when Brandon ignored her, she fell into anger. She wanted answers. I honestly thought Spellbound was going to be some silly la la land book. I wish the synopsis represented this book better. It has action, romance, magic, and so much more. I was hooked from page 1. I have a feeling you will too. Another part I loved: I live in NYC so half the schools mentioned were real (except for Emma’s). I kept freaking out because one of them is maybe two bus rides away from my school.

Because I love this book so much, I’m giving it away! I was sent a copy from Harlequin Teen and I didn’t want to hog two of them. This contest is INTERNATIONAL.  Tell me in the comments about a book you thought you wouldn’t like and ended up loving! I’ll be using Random.Org. Right now Rafflecopter isn’t working for me. 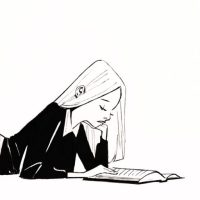